In 1995, Frank Nordmann (Guitar and Vocals) along with bassist Dorian Kremer, created one of the earliest and now most senior Black-Metal bands of Germany.
For health reasons Kremer left ASARU in 1996 and gave the bass to Alexander Schmidt. In the same year, with Robert Buth on drums, Sebastian Schmall (Keyboards) and Marcus Hellstrøm (2nd Guitar), recorded the first demo album 'D.O.M.A.I.N.' in a home studio.

1997 saw the band record their second demo, 'Darkness', this time with additional vocal support from Ruth Knepel. In 1999, Andreas Göricke replaced Robert Buth as drummer. The Kohlekeller Studio was booked for December of that year to record the mini album 'Baakpriku'. However the album was recorded on a drum machine without Göricke as he was still unfamiliar with the songs.

After another change in the line-up, it was in August 2006 that 'Dead Eyes See Still', the first album with a regular length was recorded once again at Kohlekeller Studio. This time, with Heiko Heil on drums and Thilo Feucht on second guitar. The recordings, however, were not immediately available because no suitable label could be found.

On 03/03/2007 ASARU finally gave their farewell concert and Nordmann settled in Oslo. But the last word had not yet been spoken. In 2009, ARTicaz Records were interested in releasing the album 'Dead Eyes Still See'. Frank Nordmann decided to resurrect ASARU with a new line-up. And so in 2011, the band returned to Kohlekeller Studio where Nordmann joined new drummer Sebastian Wilkins to record a new album entitled 'From the Chasms of Oblivion'.

Together with the new bass player, Petter Myrvold, ASARU finally signed a contract with the German underground label Schwarzdorn Production in late 2011, and released 'From the Chasms of Oblivion' in 2012.

ASARU play no-frills Black-Metal. Norwegian origins can be heard, but they still retain their originality. From the beginning, ASARU were keen to maintain their own interpretation of the Black-Metal genre.

Regardless of the Black-Metal scene conventions, they have made a critically acclaimed collection of albums and contributed to the creation of the German Black-Metal genre – sometimes with a thrashy touch or an epic sound, innovative but always authentic! 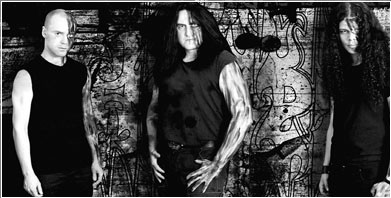 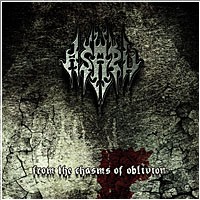 2012 CD "From the chasms of oblivion"
(Black-Thrash-Metal)